The Government of India has released a full list of 59 banned specific apps. The list includes “virtually all Chinese Apps, from Chat Apps to Game Apps. Indians have been campaigning on Twitter to boycott Chinese goods.

The full list of 59 Chinese prohibitions is as follows. 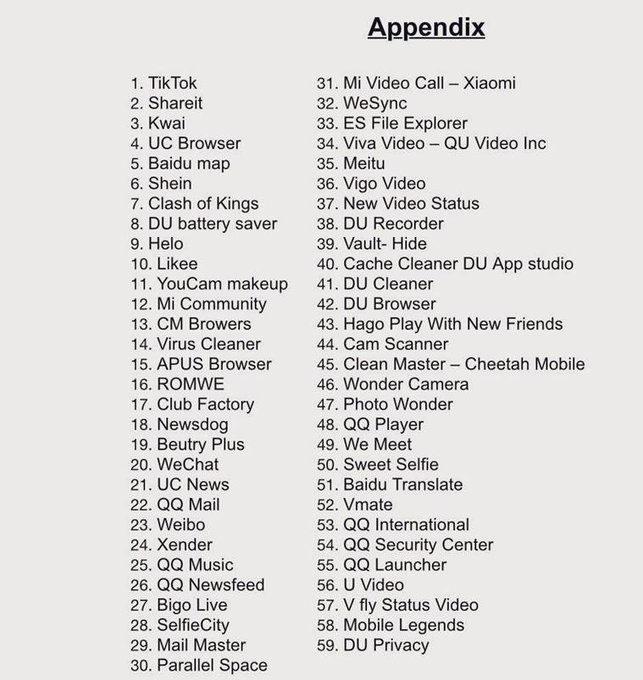