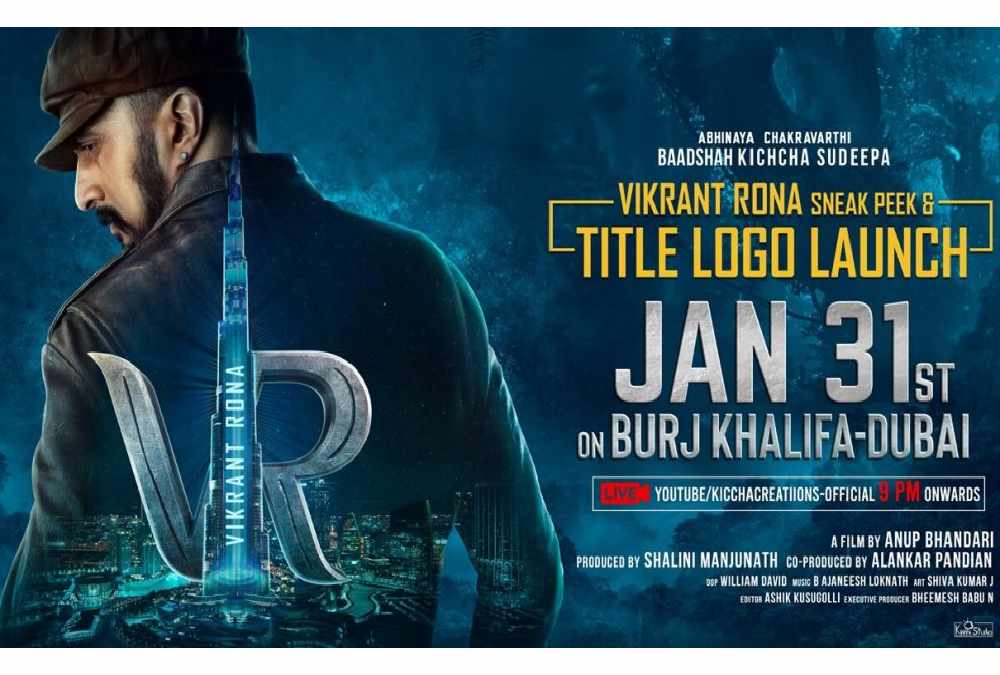 There is a lot of cuirosity on Sudeep’s upcoming movie which was being directed by Anup Bhandari. This thursday there was two major announcement about this movie. This film earlier said as Phantom, will now be Vikrant Rona based on Kichcha Sudeep’s character.

And the next announcement is of about title of Logo and peek to be unveil on Jan 31 in Dubai at Burj Khalifa. Sudeep will be the first actor to have the honour of celebrating the festive completion of 25 years at Burj Khalifa. This film event will be streamed to India in Live.”